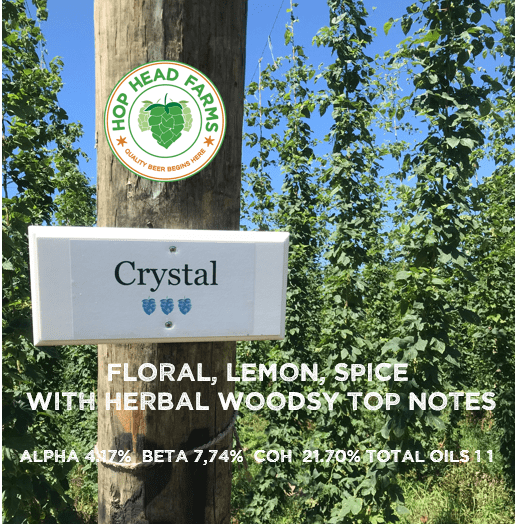 The Crystal Variety came out the 1983 breeding program at Oregon State University. It is often said to be America’s impression of Hallertau Mittelfruh. Crystal is a cultivator from Mittelfruh, Cascade as well as Brewers Gold.  Alpha oils, CoH and total oils are almost identical to Mittelfruh as well as the floral, lemon, citrus spice of the Noble variety.  When used at higher quantities, Crystal can produce an intense lime, orange peel, and lemon grass flavors. Its woodsy top notes balance the combination of fruit and wood in this versatile hop. It is most often used as an aroma addition to make use of its noble spicy, earthiness.

Contact us to get Michigan Crystal or German Hallertau Mittelfruh into your tanks today Sales@hopheadfarms.com