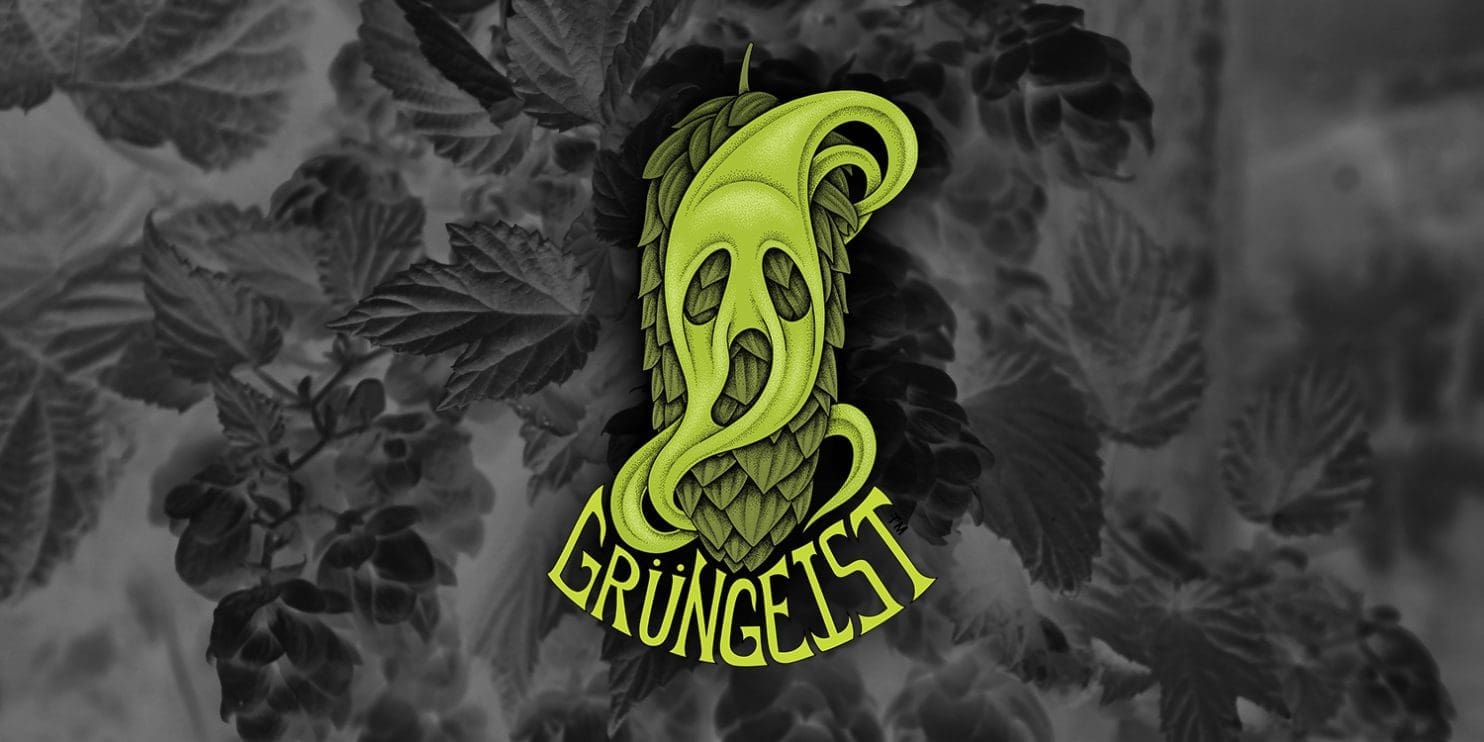 Hop Head Farms has been offering Grüngeist hops since 2016. But, suddenly, it seems brewers everywhere are beginning to take notice. Maybe it’s due to the resurgence of traditional Germanic styles like lagers and kölsches, but with a new twist of IPA-inspired flavor.

Or maybe Grüngeist is simply a hop with a rich history—whose time has finally come.

For centuries, German hop growers have been guardians of tradition, ensuring quality Noble Hops were always available for Europe’s fine pilsners, lagers, kölsches and ales. In the 1920s, when a blight of downy mildew infected Germany’s hop population, the Hull Research Institute was established and began a long tradition of hop breeding and research aimed at ensuring the health of the hops and the brewing industry at large.

Even though the German hop industry is predominantly focused on growing high alpha hops for bittering today, Germany has a long history of producing fine aroma hops and in the early 2000s, Hull began experimenting with aroma and flavor hops bred from Noble Hops lineages that had unique and distinctive character. One hop that emerged from those breeding efforts was labeled 2010/008/033.

“As soon as I smelled it, I knew it was something special. The passion fruit, the tropical character, stone fruit and red berries…it was really impressive—fruity and complex but with finesse.”

“As soon as I smelled it, I knew it was something special,” recalled Dave Sipes, executive vice president of Hop Head Farms, and head of our sensory and hop selection team. “The passion fruit, the tropical character, stone fruit and red berries…it was really impressive—fruity and complex but with finesse. I think we were a bit ahead of the curve, though. The research was still focused largely on alpha hops, or replacement for traditional Noble hops with improved agronomics, so maybe they weren’t sure what to make of a flavor and aroma hop like this. And the industry wasn’t quite sure yet what to do with it.”

With our deep roots in America’s craft beer movement, Hop Head Farms sensed a winner and decided to take a chance on 2010/008/033. We worked with a few of our network growers, and dedicated several hectares of their Hallertau farms to the new hop. There, we could closely watch it mature and figure out the best possible picking window to bring out its optimal flavor and aroma profile.

In 2016, the IPA fervor was in full steam and Hop Head Farms realized that, in order to get traction among American brewers, 2010/008/033 really needed a name. “Grüngeist means ‘green ghost,’” says Sipes. “The ‘green’ is obvious, and ‘ghost’ refers to the ethereal nature of the complex hop aroma.”

Over the past few years, brewers across the country have been pairing Grüngeist with classic go-to IPA hops, “C” hops, and southern hemisphere varieties to create complex, fruit-forward beers—the tropical, juicy hazies and surprising IPAs and APAs, as well as more traditional varieties for a modern take on more classic styles. Sipes noted, “The fruit forward aroma profile, with the subtlety and the finesse of Old World hops, just brings something really different to the beer.”

Fast forward five years to today and the pace of innovation in craft brewing is just astonishing. But you definitely get the sense that people are beginning to look for a break from the juicy hazies and the NEIPAs.

“It’s a really fascinating cycle to watch,” says Sipes. “Lots of brewers who came up through the last boom in craft—they only know IPAs because that’s what the consumer wanted. Sure, maybe I’m exaggerating a little to make the point; but that’s their wheelhouse and over 1/3 of Craft beer is still IPA. Now, brewers and consumers alike are rediscovering, or perhaps discovering for the first time, the classic styles: the lagers, pilsners, the kölsches. I think, as brewers progress through their careers, they gain a new appreciation for the skill and technical expertise it takes to make a solid pilsner or helles. You can’t hide behind anything. It’s just you, the ingredients and your skills as a brewer.”

It’s happening on the consumer side, too. Today’s beer drinkers have developed incredibly sophisticated pallets, and they want more flavor, aroma, and character from their beers. These two phenomena are driving the creation of a whole new kind of hop-forward lager style and complex kölsche, unlike anything we’ve ever seen. But the consumer still wants something different, something new, and is always on a path of discovery.

“I think Grüngeist is right there. The right hop at the right time. Its Noble lineage. Its complex, fruit-forward, tropical character. It’s the perfect hop for the classic styles, with a flavor and aroma that really lends itself to modern Craft sensibilities,” Sipes continued. “You get the passion fruit. It’s familiar pedigree yet distinct—with notes of stone fruit and red berries, and hints of lemon lime. It’s just a really nice, highly versatile hop to have in your hop cooler, for just about any application.”